I will share something that is on my heart. Probably, like me, you have changed most of your schedules in the last few weeks. I was invited to speak in so many places and different conferences. I had many plans in front of me and everything stopped.

I asked God “why”? When you look in the Bible in Acts 14 we see that when the apostle Paul visited Lystra it seemed like a big failure. This is one of the very interesting chapters in Acts because when Paul and Barnabas first visited the city and healed a man who was lame, the people wanted to worship them, but the apostles refused it. Afterwards, the Jews came and stoned apostle Paul. The whole story is really strange because it was a real failure without any success. Nothing good was happening at that moment.

Why do I mention it? Because everything looked like a failure, but out of that ‘failure’, Timothy became a follower of Jesus Christ. He was destined to become one of the most important disciples of the apostle Paul and a key influencer of the early church. Tradition tells us that he became Bishop of Ephesus – a really big man of God.

So, when we look at the first part of the story, we see failure and nothing really happening, but when we look later, we see that from this failure Timothy became a believer. Suddenly, the story changes and from failure comes news of great success.

Do you agree with me? It is really interesting to see in the Bible how situations are transformed.

Last year, I was preaching in neighbouring Croatia. When I finished my sermon, an old lady approached me and told me ‘You know, I used to live in Serbia’. I said, ‘Really, where? And she said, I lived in a small village, you probably don’t know the name of the village.’ I replied, ‘I know many villages in Serbia, please tell me where.’ She answered, ‘In White Earth, western Serbia.

‘Really? And were you a Christian at that time?’ and she told me, ‘My husband and I were the only Christians in White Earth for many years and we prayed that something would happen in our village, but then the war started so we fled Serbia and never returned.’

I said, ‘Well, I have a really good testimony for you. Ten years ago, I heard about a couple who had come initially to Croatia from Poland as missionaries through Youth with a Mission. They bought land in the small village called White Earth in western Serbia. When I heard this news, I was left thinking, why in the mountains? They opened a base in the village, and I questioned God, why there?’

I asked her, ‘Did you know that now there is a YWAM mission base in White Earth, Uzice?’ She didn’t know. They had prayed for so many years and nothing happened, or so they thought.

Sometimes it looks like a disappointing failure. Right now, we don’t see what is happening. But who knows what will happen in the future? What God is doing today is preparing for tomorrow. Just as Paul found after his first disappointment at Lystra. 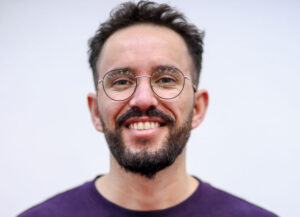 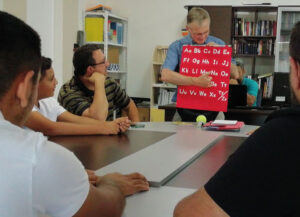 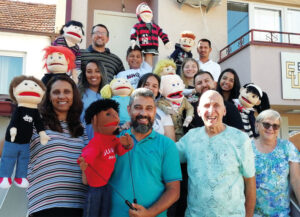 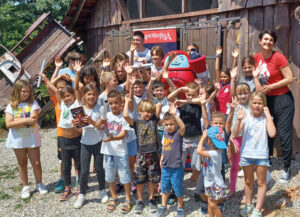